Saliva and Its Healing Secrets

The Potency of Saliva
Numerous studies have been published on saliva, mainly in relation to oral health protection. Several significant enzymes found in saliva, such as amylase, lysozyme, and lipase, are known to initiate digestion in the mouth.
01 November 2022 | Irfan Yilmaz | Issue 150 (Nov - Dec 2022)
This article has been viewed 518 times 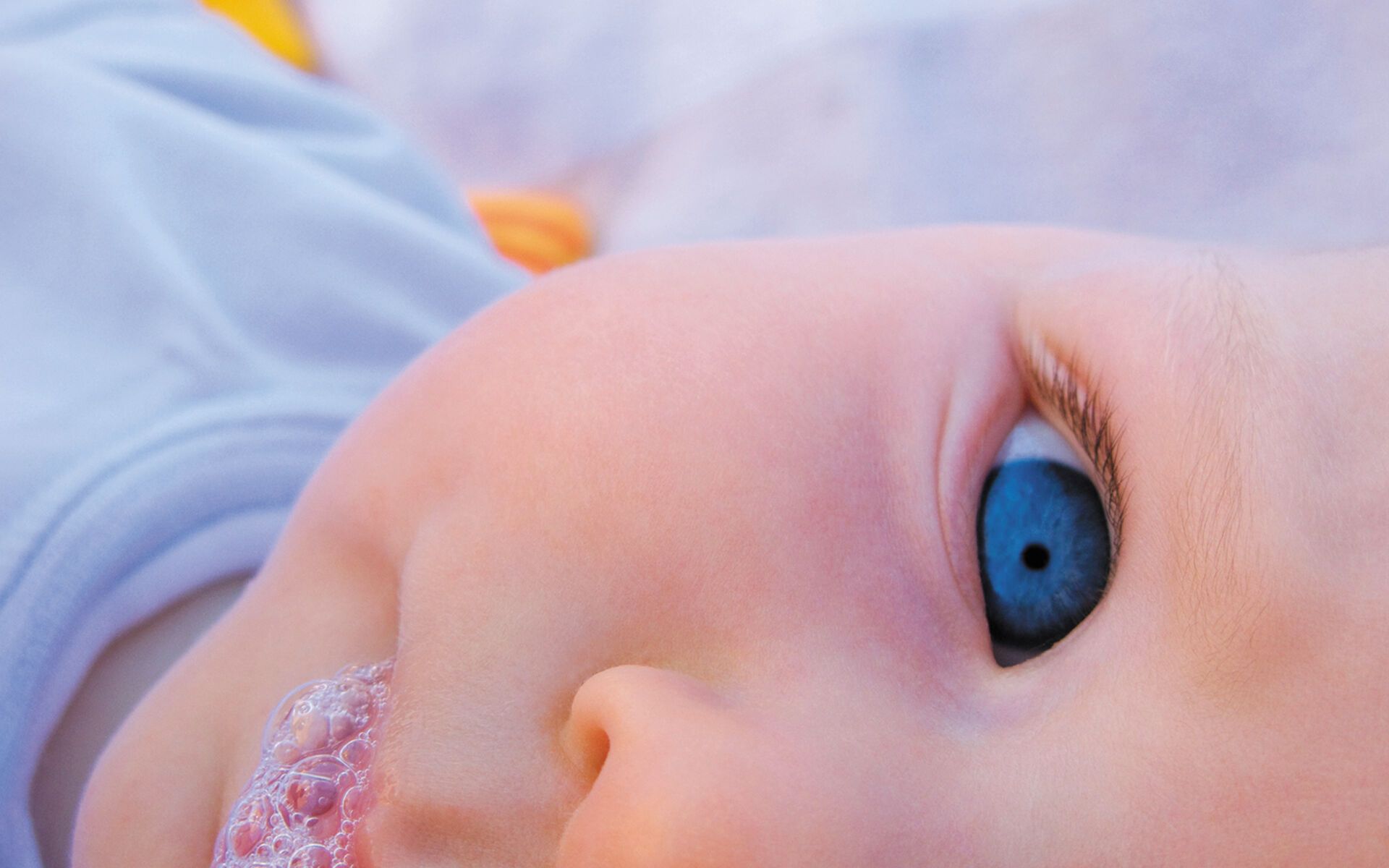 We learn from the history of religions that Prophets performed miracles, by God’s permission, to convince their people into faith. By God’s leave, Abraham was not hurt when he was thrown into the fire; the sea divided by God’s leave so Moses could lead his people across it; Jesus revived the dead by God’s leave; and Muhammad healed many by God’s leave, peace be upon them all.

These miracles, according to Bediuzzaman Said Nursi, set the zenith humanity should strive to reach through the sciences [1]. For example, the miracles of Jesus (peace be upon him) raising the dead and making the blind see can be considered the ultimate goals of medicine. As gleaned from these examples, it is as if God is encouraging humankind to achieve extraordinary accomplishments by showing these wonderful miracles through His Messengers.

The greatest miracle of Prophet Muhammad (peace be upon him) is the Qur’an, but with the permission of God, like other Prophets, he also presented other miracles when necessary. On more than one occasion, as reported in hadith collections, he used his saliva to heal people. For example, Ali, his son-in-law, had sore eyes due to a severe illness, and he was cured the minute the Messenger of God applied his saliva to his eyes [2]. In another example, he “replanted” the hand of Muawwiz ibn Afra, which was severed during the Battle of Badr, by applying his blessed saliva [3]. Of course, we do not claim that today we can apply saliva and re-connect a severed limb, but we do say that saliva should be studied to see if it can be of any benefit for healing purposes. Some recent scientific research shows that it can be beneficial.

The potency of saliva

Numerous studies have been published on saliva, mainly in relation to oral health protection. Several significant enzymes found in saliva, such as amylase, lysozyme, and lipase, are known to initiate digestion in the mouth. Saliva is also rich in antimicrobial compounds such as hydrogen peroxide, lactoferrin, and lysozymes that are crucial in the defense against microbes. It is also thanks to our saliva that we can taste, chew, and swallow food.

Saliva has been revealed to have protective and healing properties against disease-causing microbes, especially when combined with the non-harmful and beneficial flora in the oral cavity. A study by Professor Mary Ann Jabra-Rizk and her colleagues from the University of Maryland reported that human saliva contains numerous antimicrobial compounds and has wound-healing properties. The histatins group, one of the several antimicrobials found in saliva, are a type of protein and exhibit broad-spectrum antimicrobial activity against a wide variety of microorganisms in the mouth. In particular, histatin-5 has strong activity against the fungus Candida albicans.

According to a study published in 2018 by researchers from Boston University School of Medicine, saliva protects the intestine from infection by altering the mechanisms by which diarrhea-causing Escherichia coli bacteria bind to the small intestine. Thanks to this first “line of defense” in the mouth, E. coli bacteria transmitted from external sources is reduced to a harmless amount. E. coli can enter our body in bigger amounts and cause intestinal infection when, for instance, hands are not washed well after excretion.

The lysozyme enzymes in saliva also damage the cell walls of bacteria and prevent their proliferation, allowing beneficial flora to take hold in the mouth and making it difficult for bacteria such as Streptococcus and Porphyromonas.

Antimicrobial peptides in saliva play a vital role in innate immunity. These positively charged proteins easily bind to the negatively charged membranes of microbes, poke holes in them, and kill them by allowing their cellular fluids to flow out. Some of these antimicrobial proteins (defensins, cathelicidins, and histatins) have broad-spectrum antimicrobial properties and are produced both by neutrophils in the blood and by salivary glands and are involved in wound-healing, stimulating the immune system, and the formation of new blood vessels. This feature of the saliva can be related to the fastening of severed organs and their immediate healing, thus to the miracle of the Prophet.

Traumatic or accidental injuries, like when caused by biting the tongue and cheeks due to misshapen teeth, often heal much faster than skin injuries. This healing capacity of the oral cavity is mainly attributed to the wound healing properties of saliva and its cell growth factors. The main growth factors found in saliva with reported wound-healing properties include epidermal growth, vascular endothelial growth, transforming growth factor alpha, transforming growth factor beta, and nerve growth factors. The healing of mouth sores is also related to additional factors that promote the growth of fibroblasts, prevent the degradation of essential proteins, and increase cell migration into the oral cavity. Histatins strengthen the regeneration process of epithelial tissue and promote the adhesion of cells in the inner lining of blood vessels (endothelium).

Over 100 molecules detected in saliva samples are being evaluated as markers for potential diagnostics and preliminary information, including dental caries, gum disease, cancer, diabetes, and several other systemic disorders. Saliva is an impressively reliable source of material for measuring doses of metabolic compounds, microorganisms, cancer markers, and drugs, and for diagnosing some diseases [4].

Saliva as a painkiller

The zinc-containing ectopeptidase enzymes found in mammals function specifically in the transmission of sensory signals. These enzymes play significant roles in shutting down and stopping pain signals that come through nerves or hormones at the cell surface. The enzyme opiorphin, a quintuple peptide molecule discovered in human saliva, shows strong pain-relieving activity in chemical and mechanical pain. To measure the pain-suppressing power of opiorphin, acute mechanical pain was induced in rats, and the test showed that it was as effective as morphine. This substance in saliva has been shown to have the potential to stop pain, especially pain associated with mood-related conditions [5].

When Catherine Rougeot and her colleagues at the Pasteur Institute in Paris “injected a pain-inducing chemical into rats’ paws, 1 milligram of opiorphin per kilogram of body weight achieved the same painkilling effect as 3 milligrams of morphine.” This substance was also found to be six times more effective than morphine at blocking pain in a test in which rats were made to stand on upended pins. The substance was so successful at blocking pain that, in a test involving a platform of upended pins, the rats needed six times as much morphine as opiorphin to render them oblivious to the pain of standing on the needle points. Opiorphin heralds the possibility of a new generation of painkillers that relieve pain “without the addictive and psychological side effects of the traditional drug” [6, 7].

According to researcher Catherine Rougeot, the painkiller's effect is similar to that of morphine, but since it is not a pure painkiller, its side effects need to be studied. It is also possible that it could be an anti-depressant. Rougeot and his colleagues discovered that the painkiller works in the nerve cells of the spine. Rougeot says that opiorphin is a simple molecule and that it may be possible to produce it in large quantities without having to synthesize it and isolate it from saliva, adding that it may also be possible to find drugs that trigger patients to produce more of this molecule in their own bodies.

Another research claimed that special proteins found in pulmonary fluid could be used to develop new methods for diagnosing and treating cancer. According to this study, special proteins found in fluid from the lungs could serve as a rich source of biomarkers for tumor diagnosis. It’s possible that if a cancer tumor develops, it will release its own molecules into its surroundings.

Our body’s immune system is endowed with the ability to distinguish between what belongs to us and what does not. This mechanism can be called the HLA system (Human Leucocyte Antigen) or “tissue compatibility certification,” which can ask for identification, recognize, and fight against foreign substances. It’s like the officials who check passports at the borders. If this system fails to recognize foreign substances (viruses, bacteria, etc.) entering the body and mistakes them for its own, it cannot fight them. The tissue type differs from a person's blood type. HLA genes recognize foreign proteins that attach to our cells and signal our body’s defense cells to attack them.

Scientists from the Israel Institute of Technology and Sheba Medical Center discovered that HLA molecules are present in pulmonary fluid and devised a method to separate the molecules from the fluid. They studied liters of fluid taken from patients’ lungs and showed that the HLA proteins in this fluid actually “store” adequate information to detect types of lung cancer [8].

At a later stage, Dr. Michael Peled from the study team suggested that cancer could be diagnosed using proteins in the pulmonary fluid and eventually a cancer-fighting vaccine could be produced. Since these molecules are made with a rich army of antigens originating from cancer cells and their environment, an important step has been taken for early detection and to fight cancer.

If these antigens are used to stimulate the immune system by studying the fluid that mixes with saliva from the lungs of cancer patients, they can be used to attack the tumor and pave the way for immunotherapy. This is because our immune system is already prepared for this battle, but if the immune system becomes inactive and dysfunctional due to various factors, cancer cells are activated. This new method has the potential to reactivate idle or dysfunctional immune cells [9].

In the light of all these, it is worth considering the miracles of Prophet Muhammad, peace be upon him, when he healed people by God’s leave. In another example with his blessed saliva, the Prophet also practiced “tahnik,” which he did when a newborn was brought to him: he would chew a date and then rub it on the baby’s palate, in the way mothers at times soften small morsels in their mouths before feeding them to their offspring. The fact that birds feed their young with half-digested food from their mouths and that injured animals lick their wounds and apply saliva to them may also shed light on other beneficial aspects of saliva in the future. 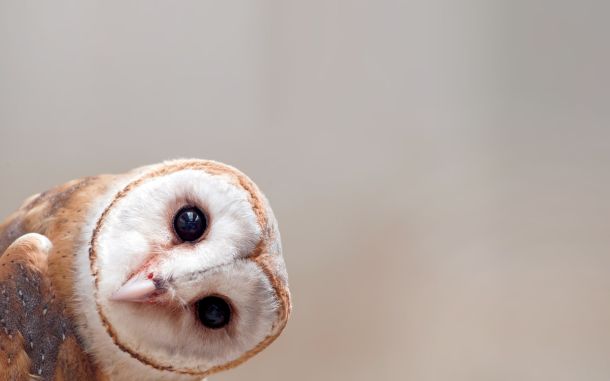 The Owl and Its Parabolic Face

Owls are known to be a symbol of wisdom throughout history in ancient Greece, Asia, and America. They are also unquestionably mysterious predators. This mystery derives from the math they seem to be utilizing during the hunt: owls can use the para... 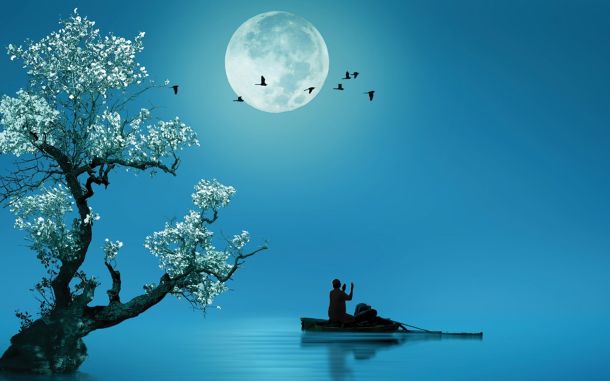 Being human is being “of Adam.” In terms of the Universal Spirit (al-ruh al-kull), “being of Adam” is a kernel from the truth of the Praised One, Ahmad (meant to bear fruit as the perfected human). In terms of the realm of Divine Might and Majesty... 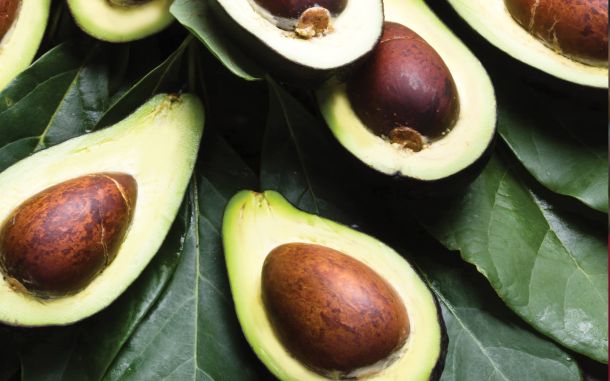 The avocado is a fruit that grows in hot, tropical climates that has a sweet and sour taste. Avocados are a well-known source of carotenoids that provide a multitude of vitamins including vitamin A, minerals, phenolics, and fatty acids. In a numbe...